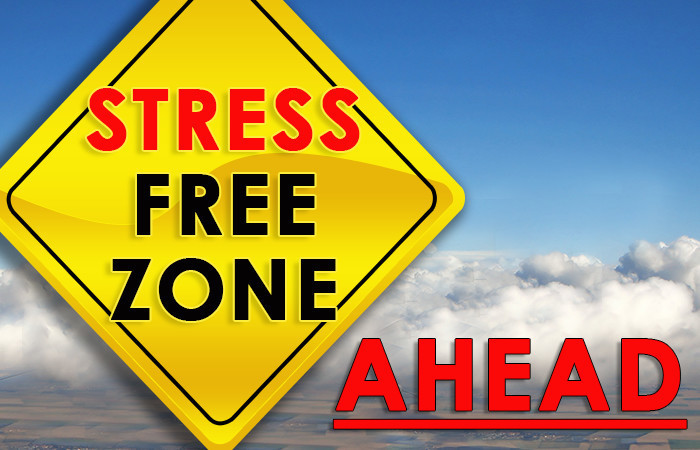 Strain Gages Can’t Measure Stress . . . or Can They?

Practically every mechanical engineer knows that when properly installed, strain gages provide information that helps determine surface strains. Many are also familiar with the calculating power of strain gages. That is, strain gages directly solve the mean-value theorem, accurately averaging any applied strain gradient over the gage length. Some are also familiar with the arithmetic capabilities of the Wheatstone bridge circuit used to measure the minute resistance changes associated with stressed strain gages. Among other things, this capability provides a means to combine gage readings for special purpose measurement needs, like direct indication of shear strain. Fewer still are familiar with the stress measurement capabilities of the strain gage, whereby an electrical resistance strain gage can provide information for direct display of specimen surface stress.

Hooke’s law for a two-dimensional state of stress inextricably connects stress with strain:

Observing that for common temperatures and mechanical strain levels the fraction is a constant, if the strain gage measurement can directly provide the value in parentheses, then a simple scaling factor can be used to display stress.

The simplest example of a stress gage is when a single strain gage is aligned at the proper angle from the direction of principal stress, σ1. Ignoring transverse sensitivity, that angle is given by:

equals Poisson’s ratio for the specimen material. To be successful, of course, this measurement requires prior knowledge for the direction of stress being measured and for the single gage to be accurately aligned at the calculated angle from the principal stress direction.

A common arrangement for a general stress gage is orienting two separate, yet series-connected, strain gages with a prescribed angle between them — this angle being the same one as described above.  The stress along the bisector of the angle between the two gages is:

As an example, assuming a Poisson’s ratio of 0.295 and a Young’s modulus of 30x106 psi, then ø equals 28.5 and the measured stress along the bisector of the two gages is:

in units of micro-strain (µin/in), then

(which is typically ~4.7), then stress in psi will be displayed after multiplying the reading by 100.

While it’s true that a skilled installer could effectively orient two separate gages, creating an accurate stress gage, this is not an easy job by any estimation! Strain gage manufacturers, on the other hand, can easily and very accurately place the two grids at the correct angle during the product manufacturing cycle. An example for a stress gage designed to work with Poisson’s ratio of 0.295 is the Micro-Measurements special design, the 250NA shown below. 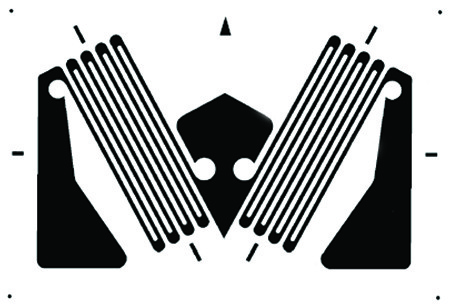 For more information on stress gages, see chapter 10 in The Bonded Electrical Resistance Strain Gage by William Murray and William Miller, published by Oxford University Press. In addition, log onto www.micro-measurements.com or talk with a Micro-Measurements applications engineer at 919-365-3800.