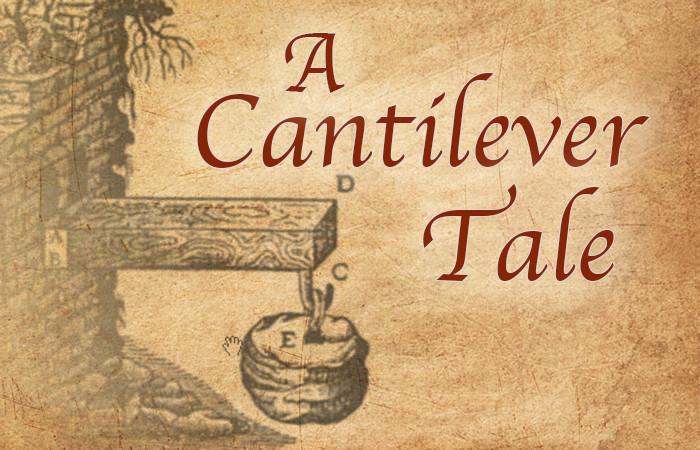 What is common between cantilever structures, Galileo Galilei and strain gages?

Examples of cantilever structures can be found all around us. These structures are simple, relatively efficient, and easy to analyze. Houses, bridges, airplanes, traffic lights, anything which needs to carry a remote load from the closest point of solid restraint is fair game for a cantilever design. And cantilever structures have been thoroughly analyzed for many centuries.

In 1638, Galileo Galilei made the first effort at quantifying the load response of a simple cantilever beam. Pictured below is his famous illustration of a cantilever beam, with a large load – a rock – attached to the free end. But Galileo’s problem of cantilever flexure waited nearly two centuries and required the efforts of several brilliant mathematicians and scientists for a complete solution. 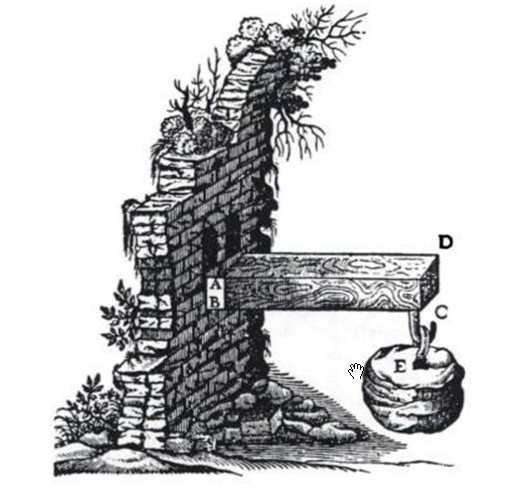 One of the cleverest utilizations for a cantilever beam that this writer has seen was by two graduate students at Colorado State University, Saeed Moaveni and Said Shakerin, who needed a quick and simple, yet fairly accurate, method for determining liquid density. As shown in the two pictures below, a ping pong ball was attached to a rod, which was then attached to a thin aluminum cantilever beam.

Strain gages were bonded a fixed distance away from the rod and the instrument zero balanced with the ping pong ball hanging freely in air. When the ping pong ball is submerged in a liquid medium, the cantilever beam deflects by an amount proportional to the density of the liquid and, of course, the strains sensed by the gages are proportional to the deflection. Simple and clever!

Learn more about how strain gages can be cleverly used to solve your challenging problem by visiting the Knowledge Base section at www.micro-measurements.com or call 919/365-3800 to discuss your application with a Micro-Measurements applications engineer.